Lyrics for Glory by Casting Crowns You are holy in this place You are worthy of my praise And we worship You Jesus we worship You You’re the king of kings and the Lord of Lords You’re the master of the universe You’re the ruler of all nations And we sing to You, sing to […]

Lyrics for All This Time, by Britt Nicole I remember the moment I remember the pain I was only a girl But I grew up that day Tears were falling I know You saw me ﻿Hiding there in my bedroom So alone I was doing my best Trying to be strong No one to turn […]

If We Are The Body

Angel By Your Side

Lyrics for Good To Know by Francesca Battistelli Hello, old friend I know it’s been a while I’m here again And it won’t be the last time I fall apart But You won’t let me get too far You’re speaking to my heart

Lyrics for Emily (It’s Love) by Francesca Battistelli Featuring Dave Barnes Emily, I know you think it won’t get any better Life has gone and gotten so tough Emily, you believe you will never ever Never ever find that you’re enough Circumstances can change your mind But time will help you see

O Christmas tree song lyrics O Tannenbaum, aka. O Christmas Tree is a German Christmas song. Based on a traditional folk song, it became associated with the traditional Christmas tree by the early 20th century and sung as a Christmas carol. The modern lyrics were written in 1824, by Ernst Anschütz. The original lyrics do not actually […] 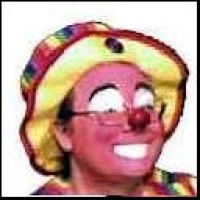