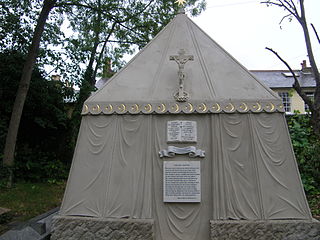 Lyrics to ‘Tell It Again’ – a children’s gospel song, based on a true story—when a missionary visited a gypsy camp, he was directed towards a dying young boy … upon hearing the gospel story for the first time, the boy replied, ‘Nobody told me.’ Lyrics by Ma­ry B. Slade, in Good News, or Songs and Tunes for Sun­day Schools, Christ­ian As­so­ci­a­tions, and Spe­cial Meet­ings, (1876), music by Rig­don M. Mc­In­tosh

Into the tent where a gypsy boy lay,
Dying alone at the close of the day,
News of salvation we carried; said he:
“Nobody ever has told it to me!”

Tell it again! Tell it again!
Salvation’s story repeat o’er and o’er.
Till none can say of the children of men,
“Nobody ever has told me before.”

“Did He so love me, a poor little boy?
Send unto me the good tidings of joy?
Need I not perish? My hand will He hold?
Nobody ever the story has told!”

Bending we caught the last words of his breath,
Just as he entered the valley of death:
“God sent His Son! ‘Whosoever,’ said He:
Then I am sure that He sent Him for me!”

Smiling he said, as his last sigh he spent,
“I am so glad that for me He was sent!”
Whispered, while low sunk the sun in the west,
“Lord, I believe, tell it now to the rest!”